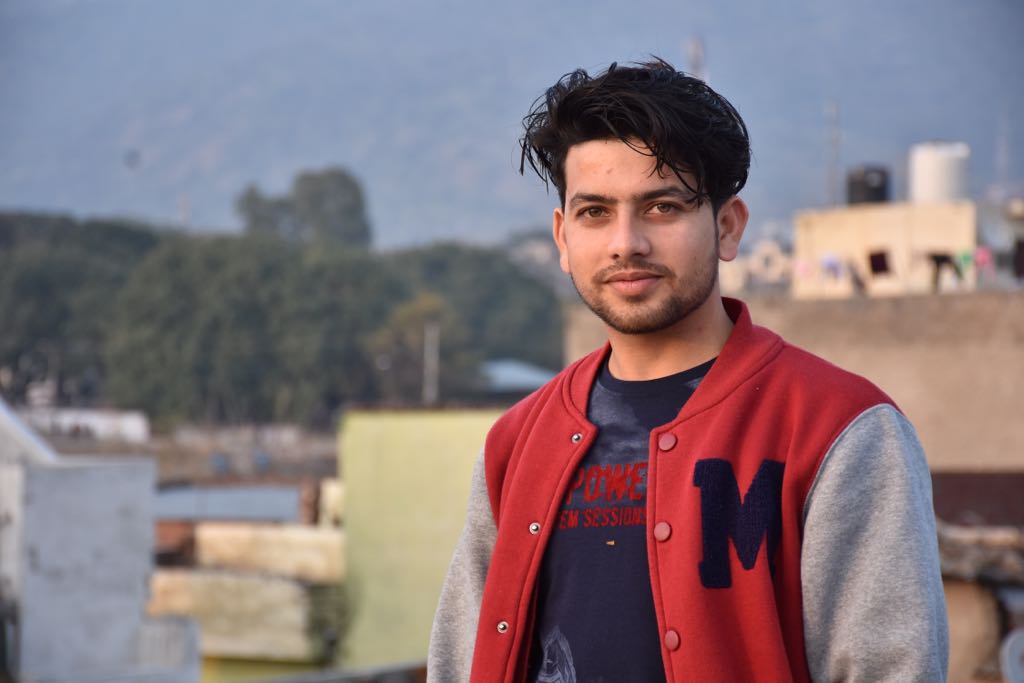 Born in 1992 and brought up in a village Tipra near Kalka, Nikhil Kansal chartered his own path. He was only 13 when his father suddenly passed away due to a heart-attack. Blessed with a strong-willed mother who brought up her two sons single-handedly, acted as an inspiration for Nikhil.  After completing his 12th he did a Hardware Networking diploma from Jetking. On completion, he joined BBA in Kalka and also started freelancing in networking, getting hold of as much work as was possible along with college.

He was a normal bike-loving, fun-indulging boy cruising contentedly through life when a sudden accident jolted him out of his laidback world. His motorbike hit a small girl and his poor mother had to shell out lot of money to make peace with the girl’s greedy parents. Although it wasn’t totally his mistake he was beaten up mercilessly and everyone he trusted turned a blind eye to his plight.

Nikhil was shattered and realized what an inconsequential life he was leading. After some days of dazed stupor Nikhil firmly resolved to make something of his life. By the time he reached his second year of BBA, he started to feel a strong pull towards dancing. So he joined an academy in Kalka and started training in hip-hop, bollywood dancing, etc. During his BBA internship days, he saw people slogging for a paltry sum. He resolved to make a career in dancing and braced himself to face all hardships.

Together with his three friends and one teacher from Kalka Academy, Nikhil started his group named RYJL HACK including the last letters of all the four friends’ names. They started performing in competitions and wherever they got a chance. Slowly two friends moved away but Nikhil and his teacher kept working relentlessly. Classes in schools, societies, home-tutions, whatever came their way, the duo grabbed all opportunities with both hands. Slowly they gained recognition in Mohali, Panchkula and Chandigarh. Nikhil would work all day and stick his posters all around the city at night.

Finally there was enough money to open a swanky dance studio in sector -8 Panchkula which slowly filled up with students of all age groups. Today, Nikhil has no regrets about his choice of career. He keeps meeting all kinds of people who are usually stressed out because of difficult bosses or load of work. But for Nikhil, work is a continuous celebration of his talent and passion. Taking classes in his studio, working part-time in schools, taking up wedding choreography assignments keeps him on his toes. But when you love what you do, you end up getting paid to enjoy!

AN AMAZING GUY I KNOW…